The pipe was built by one of the finest pipe makers ever: Dane Jorgen Larsen who had to quit pipe making a couple of years ago due to a sudden allergy to briar dust. What a fate! No more JL pipes. Renowned collectors will never release one of those beauties. Estates (used) JL pipes are really rare on the markets, prices in the US starts with 600-700 US$ und easily reach 1.200-1.500 US$ and even more. Jorgen Larsen only accepted 100% failure free briar! I am in possession of a couple of his creation, all bought new from 1970 to 1985. 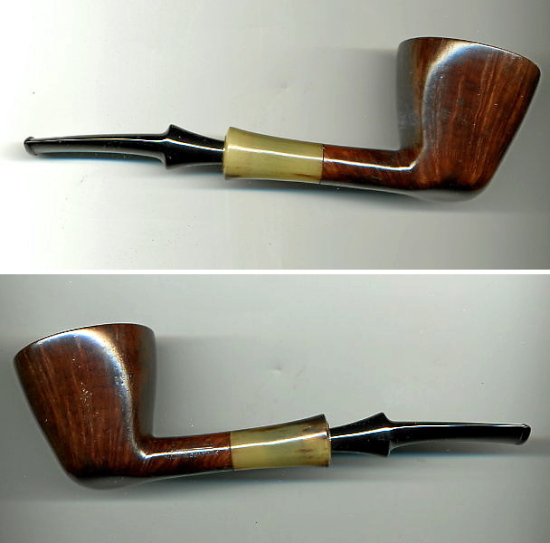 A few years ago I had some good luck, someone – God bless him – putted up a wonderful old JL for auction – and I got it for an unbelievable cheap price. Unfortunately anything else but in mint condition as I found out later on. And the briar came with a disgusting smell. I`m quite confident – this pipe was buried in a cellar during the last 235 years. The typical orange colour of JL pipes was faded into a grey-brown something.

I decided to use the most radical method to clean up a (nearly) rotten pipe. First of all I completely removed the cake (the carbon layer inside the pipe chamber) until the plain wood appeared. The appropriate tool for this job is a „Pipe-Reamer“:

Finally sandpaper (first grain 400, followed by grain 800) was used to smooth the inside of the pipe`s head. Next step was putting the whole pipe (without the mouthpiece and only as deep as the horn application couldn`t get in touch with the water) for a period of 20 minutes into hot boiling water. It lost all its colour (the stain), but when I took the pipe out of the water it was „clinical clean“: no bad smell anymore, no bad taste, just like an unsmoked pipe.

Please keep in mind: the briar was already cooked for hours at the time when it was excavated from the ground. Boiling water cannot harm the briar anymore after this procedure.

Now it`s time to bring in a master carver from Germany, Dietmar Boeck, an artist who at this time was really on the agenda since 2 years. Dietmar was famous for his precision in making pipes and the extraordinary finishing.

Being a member of the Forum „Pfeifen und mehr“ (Pipes & more) Dietmar was delighted to refurbish an old JL pipe, most of all since the cleaning process was already done. He started to sand down the surface of the briar – nearly a three hours task, done manual, no machine could be used. The straight grain briar had to be treated like an egg. 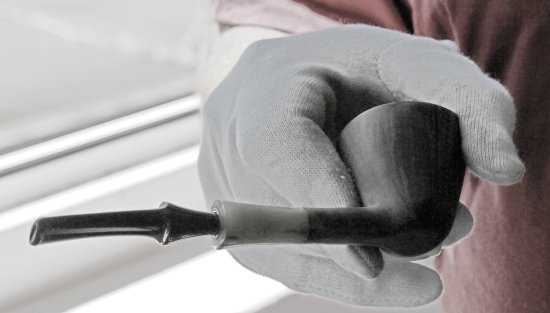 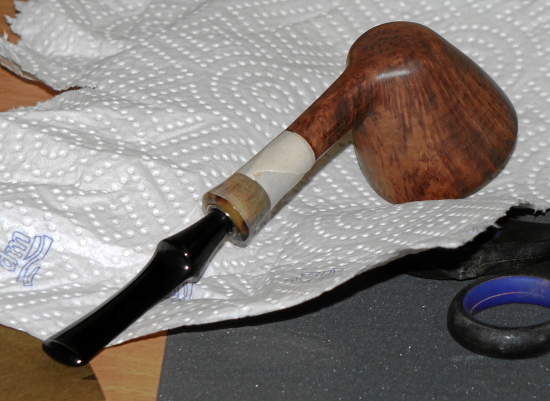 Since the surface of the pipe is now absolutely smooth, the stain applies- JL used mainly the colour orange- so did Dietmar. 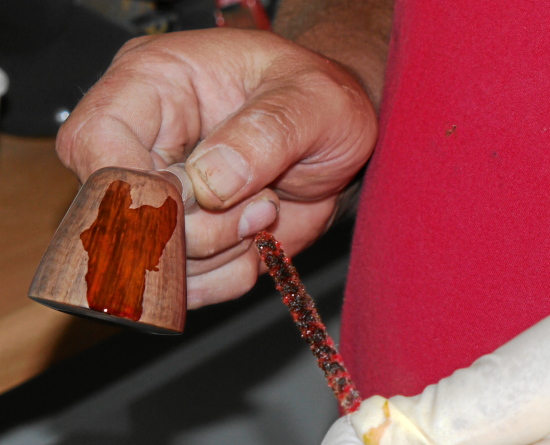 bringing on the stain 1 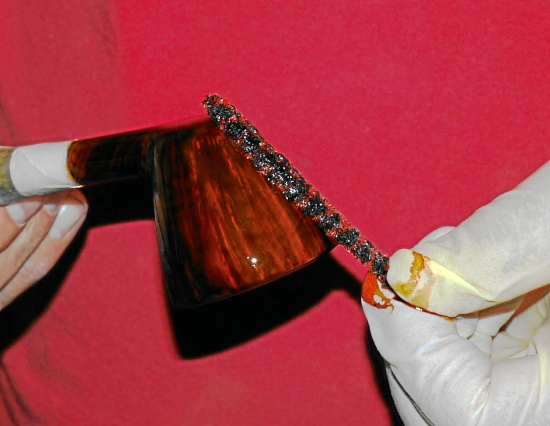 bringing on the stain 2 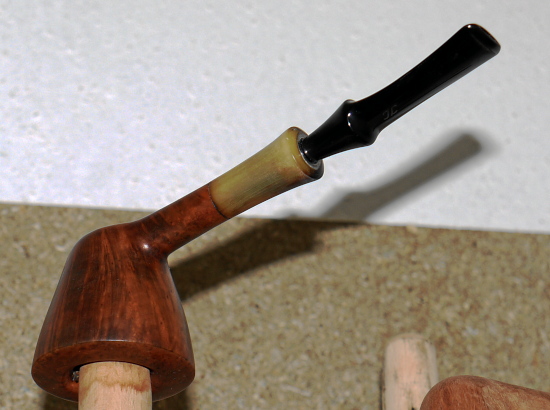 At least shellac seals the surface of the wood – but remains pervious to air. Again one hour waiting until the shellac ist fairly dry. 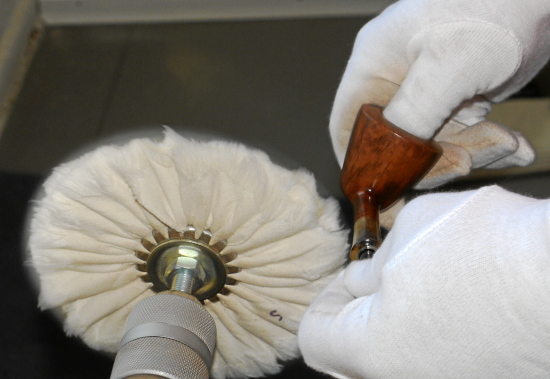 The final polishing – the shellac began to shine 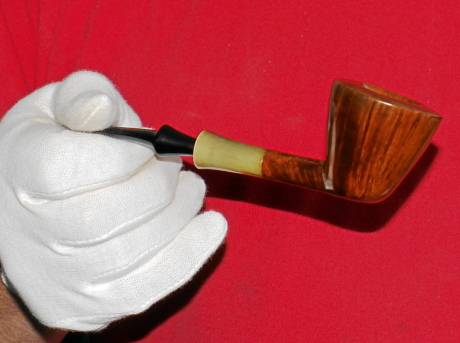 Ready: after 6 hours the pipe is reborn: 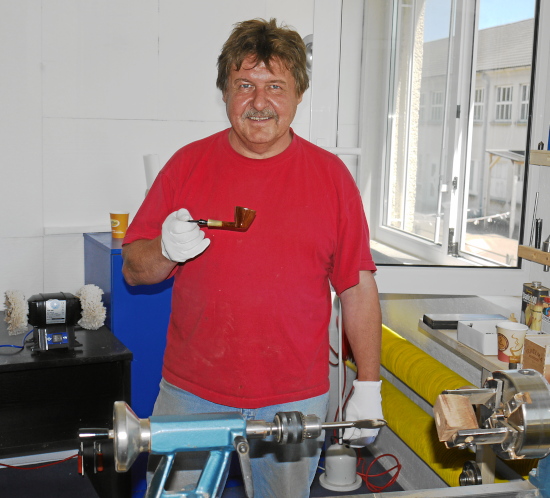 Dietmar Boeck alias Dr. Boeck MD: nobody could do better !

Without words: the Jorgen Larsen pipe at home – ain`t it wonderful ? 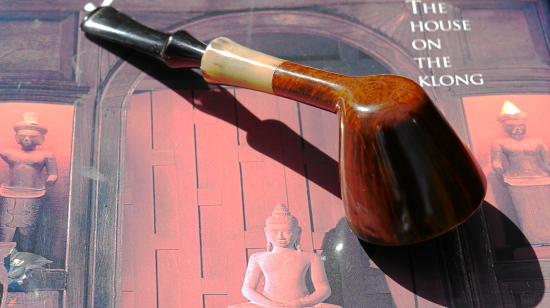 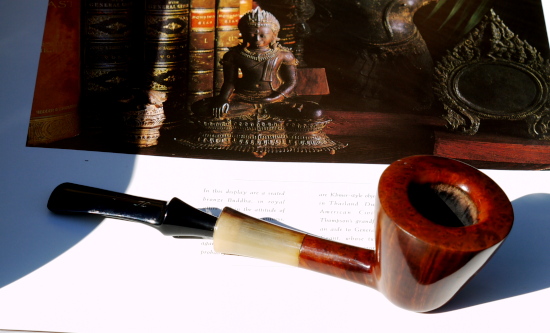 Sadly enough Dietmar Boeck passed away in 2016, a short time after he had returned from his first and only journey to Singapore, where he received such an overwhelming reception from all our singaporean friends, that he hardly want to return to Germany. Since then Singapore was captured in his mind …. and maybe still is.

This article is dedicated to our pipe and cigar smoking fellows in Singapore – initialized, assembled and under a high sophisticated spirit by our mentor – Dr. Michael Loh 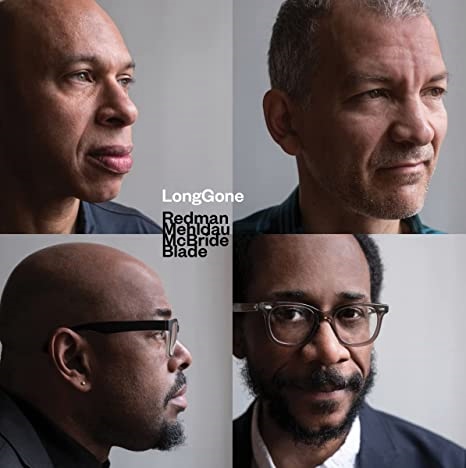 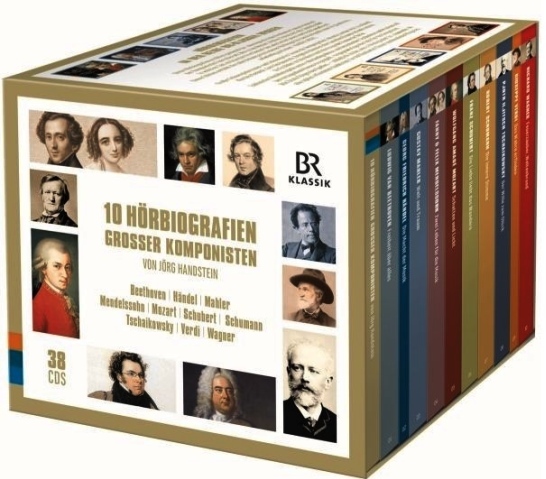 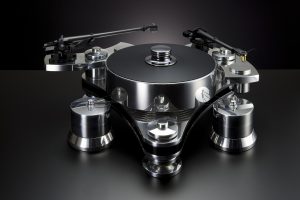